Deputy Crosby began his public safety career in 1981 as a Reserve Officer with the FCSO. He was hired as a full time Deputy in 1993. During his career, Deputy Crosby has been assigned to Transportation, SRO, Civil, Jail Population and Pistol Permits divisions. 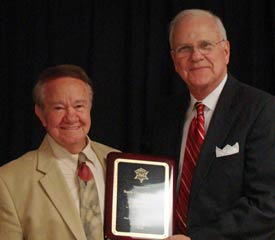 Deputy Crosby is truly a unique person to work with and know. He has a very big heart, and often helped citizens by giving them money from his own pocket. He is a proud Christian, volunteers at church and loves his family. Deputy Crosby will always be remembered for his quirky ‘one-liners’ and stories.