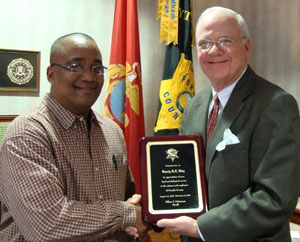 After 6 years of service to Forsyth County, Deputy Hartwell King has retired from the Forsyth County Sheriff's Office. Deputy King is well respected by his peers and citizens of Forsyth County. His expertise as a certified NCJA driving instructor has brought numerous hours of education and instruction within the FCSO.

Deputy King began his public safety career with the NC Highway Patrol and retired after 30 years of service. He was hired as a full time Deputy in 2005 with the FCSO. During his career, Deputy King has been assigned to the Courtroom and SRO sections during his FCSO tenure. Congratulations Deputy King!